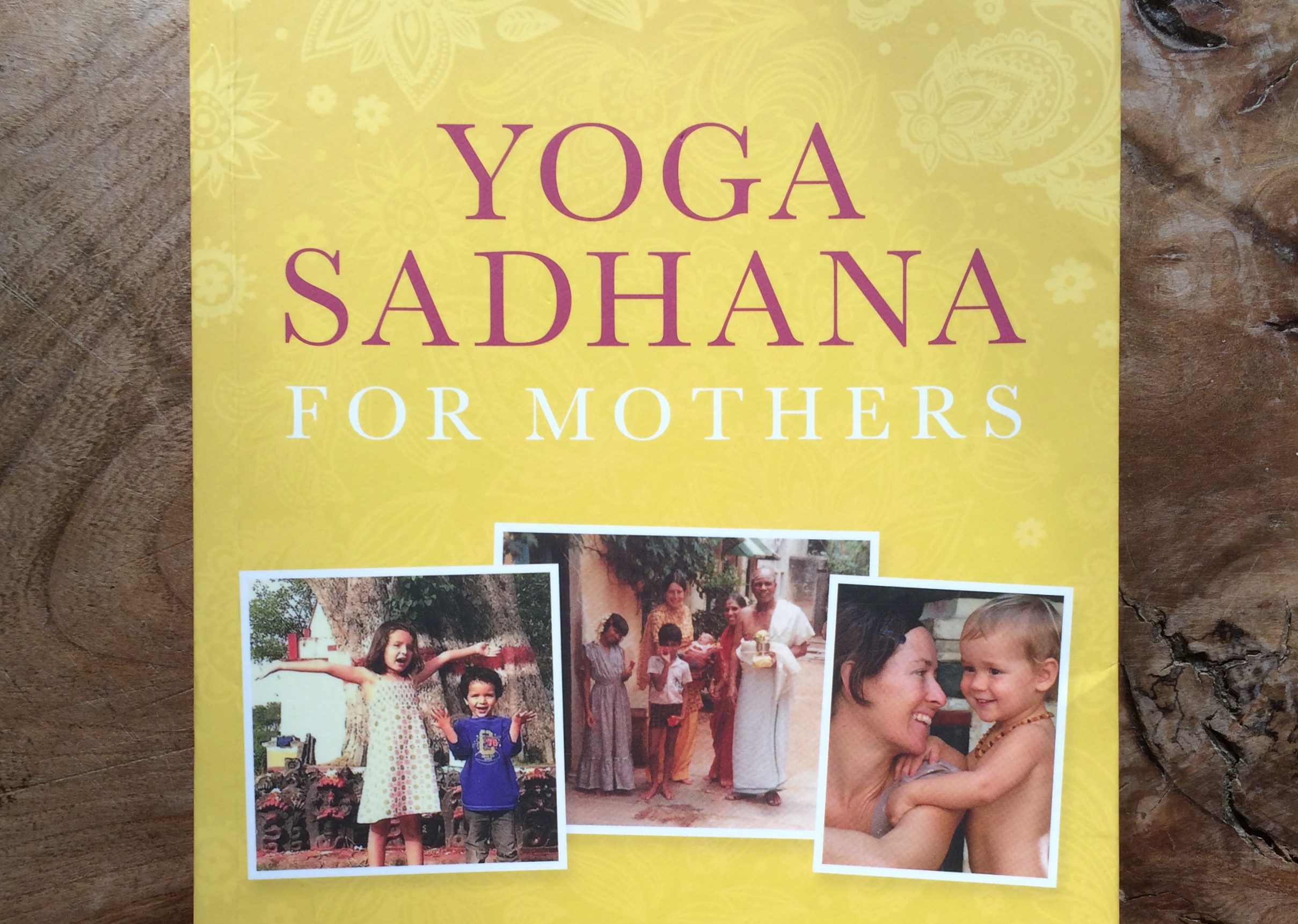 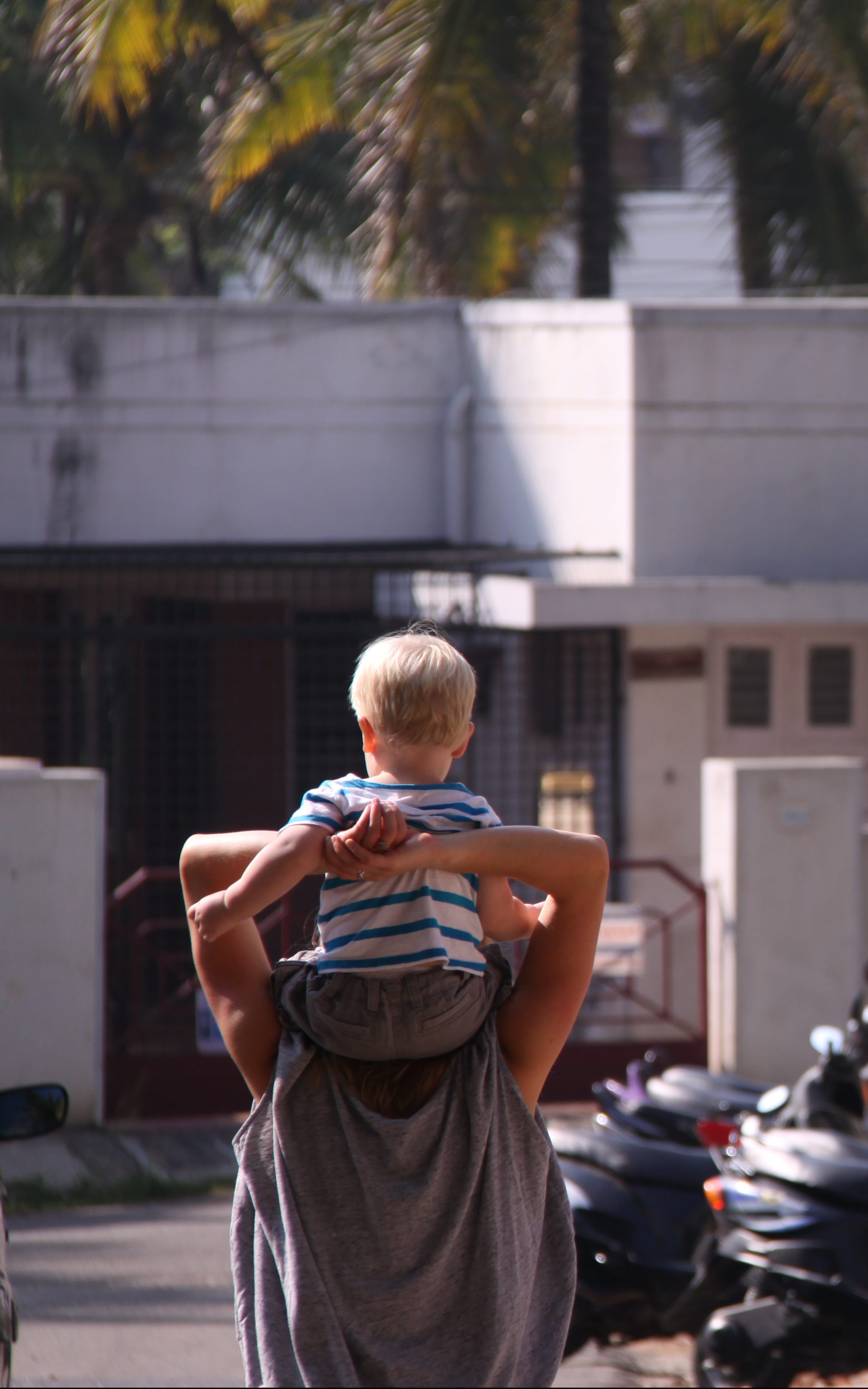 The recollection of my pregnancy and birth story as it relates to practicing Ashtanga Yoga is of an experience that is at once intensely intimate, unique and emotional.

I became pregnant with Joshua when I was thirty-one. I had been practicing with Hamish at Astanga Yoga London for about seven years. I was at the time practicing Primary, Intermediate and most of Advanced A. I was of course concerned about whether practicing Advanced A, or Intermediate for that matter, would affect my ability to conceive. I had many anxieties. I was aware of the moratorium on practice during the first trimester yet the pre-conception stage had no such clear advice. I did not want to seek advice however as I found this an intensely private time. If I were to suffer the sadness of miscarriage I wanted privacy.

It took around four months to get pregnant. Retrospectively this is a very short period. At the time, it seemed agonisingly long. I took various approaches to the question of what to practice. Generally I did my normal practice for the first two weeks of my cycle then eased off a lot for the second two weeks. I embellished an injury to counter people’s questions as to why I was doing so. I dreaded the beginning of ‘ladies’ holiday.’ Oftentimes my cycle is irregular, particularly if I practice very intensely. A couple of times my period was at least a week late. After a few months I stopped doing pregnancy tests as it was such a disappointment. It was an intense period for my partner, too—the only person with whom I really discussed what I was practicing and how this might affect the conception of our child.

Suddenly ‘my’ body and ‘my’ practice were no longer subject only to my own discretion. Previously I had always put my practice first. Now, in the anticipated beginning of a family, the primary function of my body was to procreate. I struggled to accept these new priorities.

The jubilation of pregnancy was intertwined with turbulent hormones. The sudden halt to my practice was often experienced as despair. Going from all to nothing was quite horrible. The mood swings rocked our little household. I did some sitting and gentle movements. With hindsight – and in any future pregnancy – I would hope to continue more of a daily practice in the first trimester, as when I did make space to be with myself I found great solace.

Having successfully negotiated the conception period, the first trimester presented new anxieties. Foremost was avoiding miscarriage, hence not practicing. Then arose the difficulty of keeping my pregnancy secret – tricky when I assisted daily at the shala. I truly appreciate the tact of those who realised I was not practicing and left me in peace. I dreaded being questioned about my practice as I am useless at lying.

Each successive stage had its highs and lows. It was great to be able to share the news of my pregnancy in the second trimester, and even greater to practice at the shala again. But putting my heart and soul into nurturing a new life rather than hurling myself into my practice was very novel. I did a modified Primary with a few poses from Intermediate.

The day I did – surreptitiously – extend supta-pādāṅguṣṭāsana into supta-trivikramāsana, I twisted my pelvis and gave myself a painful case of what is currently known as pelvic-girdle pain (PGP). I was only around 20-24 weeks into the pregnancy. Leaving the shala after assisting had me shuffling in pain. Walking from my front door to the bus stop reduced me to tears. I sought advice from osteopaths and physiotherapists, and much to my disappointment, I decided to stop assisting. It was much earlier than I had hoped. However, my pelvis couldn’t cope with the squatting and lifting. A couple of treatments, coupled with conscientiously following the advice that I received got me walking again comfortably, and I did not have a recurrence of PGP again during the pregnancy.

I am ashamed to admit how upsetting I found the daily comments on my appearance. Somehow a pregnant body is not subject to the normal social constraints. They say nine months up, nine months down. It felt like every day fellow practitioners would appraisingly look me up and down before telling me that, yes, I was getting bigger. And then once on the other side, indeed, I was getting smaller – as if I wasn’t already painfully and self-consciously aware of this, clad as I usually was in my fairly tight and revealing teaching/assisting clothes.

By the third trimester, I was only making the occasional visit to the shala and rarely practicing at home. I slept a lot. I gradually gave up my teaching schedule. On the cusp of parenthood, I struggled to adjust to the new realities of my economic dependence, of my body cherishing my tiny baby, and the unknowns of becoming a new mother. I lay awake at night reading Ina May’s inspiring stories of natural childbirth.

Yet such a hoped-for dream was not to be mine. I had long viewed childbirth as a sacred rite of passage. I tried to keep my spirits up as I drifted past my due date. By 42 weeks, the medical authorities were talking about the horrors of stillbirth, questioning the proportions of my pelvis, and flatly rejecting my plan to have a home birth with as limited as possible medical intervention. We reluctantly agreed to be induced. The pain of the false contractions at first made me laugh uncontrollably but by the still of the night in a cramped hospital cubicle I just cried. In the morning, we agreed to a semi-elective cesarean. It was not classed as emergency because I could have had more drugs to induce the birth. The first set had not caused any signs of labor at all. I felt tired and defeated.

To me, having a baby by cesarean feels as if he were delivered for me and not by me. Presented with the true miracle of my baby boy such heart-ache becomes a side issue: a tragedy for my expectations but not for my baby.

The haze of the ensuing days, weeks, and months revolved around our nurturing of this tiny new life. I did not attempt to get back quickly into my practice. I did not want to tear the site of the wound and get an infection. Timings are imprecise. Perhaps after two or three weeks I got my mat out and explored a sun salutation. Gradually I added standing poses. Some weeks I would practice regularly, some weeks I would not. I tried to integrate practice with parenting slowly, slowly, respecting my new role as mother not warrior.

Sixteen months later and I am writing this in Mysore. Within a year of the birth I had ‘got back’ – the terms of linear progression are deceptive – to my previous practice. I then popped a hernia and had a double hernia repair by keyhole surgery. The causal factors likely had some relation to my practice and pregnancy. It is not possible to be certain.

My body and my priorities are different now. I adore my practice. I adore my child. Parenthood and a very physical practice are not always – or even often – compatible. Sometimes juggling it all feels like a lose-lose scenario; if I get up early and practice, I run out of energy well before bedtime stories. If I don’t practice, I am grumpy. The luxurious slow pace of life in Mysore with two parents on hand and plenty of time for rest is not replicable in London.

Sometimes the practice will have to give, at least for the next few years. I can’t do it all. I can only try to be present for the miracle that is unfolding around me.