The Self as caitanyam, as charioteer, as child 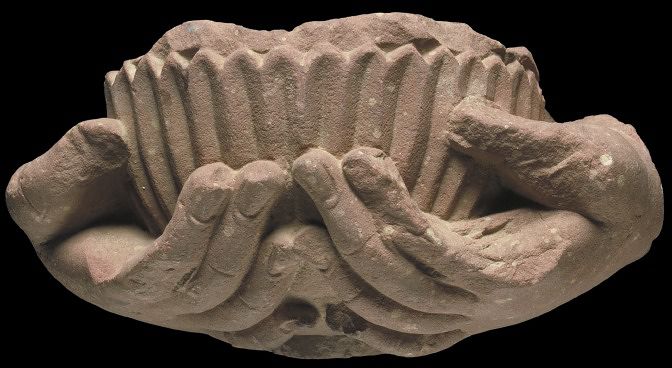 The Self as caitanyam, as charioteer, as child

On Wednesday 9 May 2018 the Sanskrit Reading Room welcomed Dr Shalini Sinha, Lecturer in Non-Western Philosophy at the University of Reading, to read Praśastapāda’s Padārthadharmasaṃgraha and discuss its doctrine of the Self. Dr Sinha drew on her doctoral thesis on this text researched under Jonardon Ganeri at Sussex and her readings with Paṇḍit Baliram Shukra of Pune University. Professor Alex Watson, himself a Nyāya scholar, who read with the Sanskrit Reading Room the week prior to Dr Sinha’s session, also attended and contributed to the discussion.

The Padārthadharmasaṃgraha is a classical Vaiśeṣika text written in the 6th-century CE which we read alongside the 10th-century commentary by the Vaiśeṣika philosopher Śrīdhara. We read section 1.8, the Ātmaprakaraṇam, from the Dravyapadārthaḥ, starting with verse 76. This leaps into an analysis of the self, ātman, in which according to Vaiśeṣika metaphysics: ātmatvābhisambandhād ātmā – it is by virtue of its connection with the generality selfhood that a substance is a self. The text proceeds to justify this assertion through the use of analogy and mechanistic logic, an approach to logic that was becoming more common at this time. The use of analogy was an intriguing feature of this reading session. The analogy of an axe was used to prove that for an instrument to be used there must be an agent. Thus, from the awareness of sound is inferred the faculty of hearing, from which is inferred the agent of perception. Praśastapapāda relies on this series of inferences to establish the self through an agent-instrument model of perception.

The text claims na śarīrasya caitanyam, consciousness is not a property of the (living) body, on the dual basis that the body is a product of the material elements, like the ubiquitous pot, and so is not conscious, and consciousness is not found in a corpse – which is what the material body is qua material. Dr Sinha noted the circularity of this argument and the counterargument made by Indian materialists such as the Cārvāka and modern materialists for whom consciousness emerges from matter, analogously to wine, which is made from disparate material ingredients mixed together to create something altogether different and intoxicating.

In the verse nendriyāṇāṃ, karaṇatvād, upahateṣu viṣayāsānnidhye cānusmṛtdarśanāt we see that consciousness is not a property of the sense faculties because they are instruments. Again, an agent is something that is conscious whilst an instrument is unconscious and used by the agent. Dr Watson noted that this idea of agent-instrument comes from grammar and is transferred to metaphysics: we need a metaphysical entity to correspond to the grammatical subject in the sentence – the agent.

Dr Sinha argued that the Nyāya-Vaiśeṣika view and the modern view is similar in setting up an inner and outer world as a duality which then needs a mechanism to connect it in order not to collapse into idealism (that everything is simply awareness). The Vaiśeṣikas posit the indriyas or sense faculties as subtle matter which go out to connect with objects, a version of which can be found in Aristotle.

Praśastāpada posits that manas cannot have caitanya (consciousness), that is, be the self, because the manas itself is a karaṇa or instrument. Dr Sinha glossed that the manas is not a material element like earth or a self, but is defined by the functions it performs. Stephen Phillips calls it ‘an information-bearing particle’. For Praśastapāda the manas is the go-between, the instrument of attention, meditation and introspection that connects the self to its mental states and to the senses and body which connect to objects in the world. If manas were the self – that is, without the manas, as go-between – recollection and perception would occur simultaneously, leading to confusion and incoherence. In Indian thought, perception occurs in succession, however rapidly, but not simultaneously. Manas ensures that everything is coherent. Dr Sinha demonstrated that manas can be explained without recourse to the now common metaphor of the computer sub-processor.

Verse 78 deploys a chariot metaphor: śarīrasamavāyinībhyāṃ ca hitāhitaprāptiparihārayogyābhyāṃ pravṛttinivṛittibhyām rathakarmaṇā sārathivat prayatnavān vigrahasyādhiṣtḥātā ’numīyate. Dr Sinha parsed this as: just as a charioteer is inferred by the motion of a chariot, so the wilful or effortful controller of the body is also inferred by such activity as is fit for obtaining what is advantageous, and such restraint as is fit for avoiding what is disadvantageous (both located in the body).

The text further argues prāṇādibhiś ceti: as from movements of the body to obtain the favourable and avoid the unfavourable, so too from the [movement of] breath. Well might we ask: katham? How so? The text supplies śarīraparigṛhīte vāyau vikṛtakarmadarsanād bhastrādhmāpayiteva. The inner wind is controlled or unnatural, vikṛt (unnatural because it moves vertically), like the pumping of a bellows – whilst the outer air is natural, prakṛt (the wind) moves horizontally. This common-sense argument infers from the uncontrolled air outside that there must be a controller regulating the breath inside. Here the self is responsible for the biological and vital processes that go on in the body because they all require regulation. Only when occupied by the self can the body be mended, repaired and extended like a house-owner (gṛhapatir) would their home.

This mechanistic understanding (well before Descartes) of mental, sensory and bodily activities requires a self, something more than mere matter, to determine the wellbeing of the organism. Only a self can establish norms and normativity, including dharma, adharma, measures of value that substitute for the concept of karma.

The final intriguing analogy that the session was able to dip into was the child (dāraka, here analogous with the ātman), in a corner of a house (the walls represent the skin at the outer edge of the body), repeatedly throwing out a ball (the manas) towards the sense-instruments. Each time it bounces back he throws it at another part of the house. Nyāya paṇḍīt Baliram Shukla understood the ball, the manas, as being thrown at other balls, the sense-faculties: abhimataviṣayagrāhakakaraṇasambandhanimittena manaḥkarmaṇā gṛhakoṇeṣu pelakapreraka iva dārakaḥ.