Critiquing a Critical Edition: The Anāthapiṇḍadāvadāna with Dr Camillo Formigatti 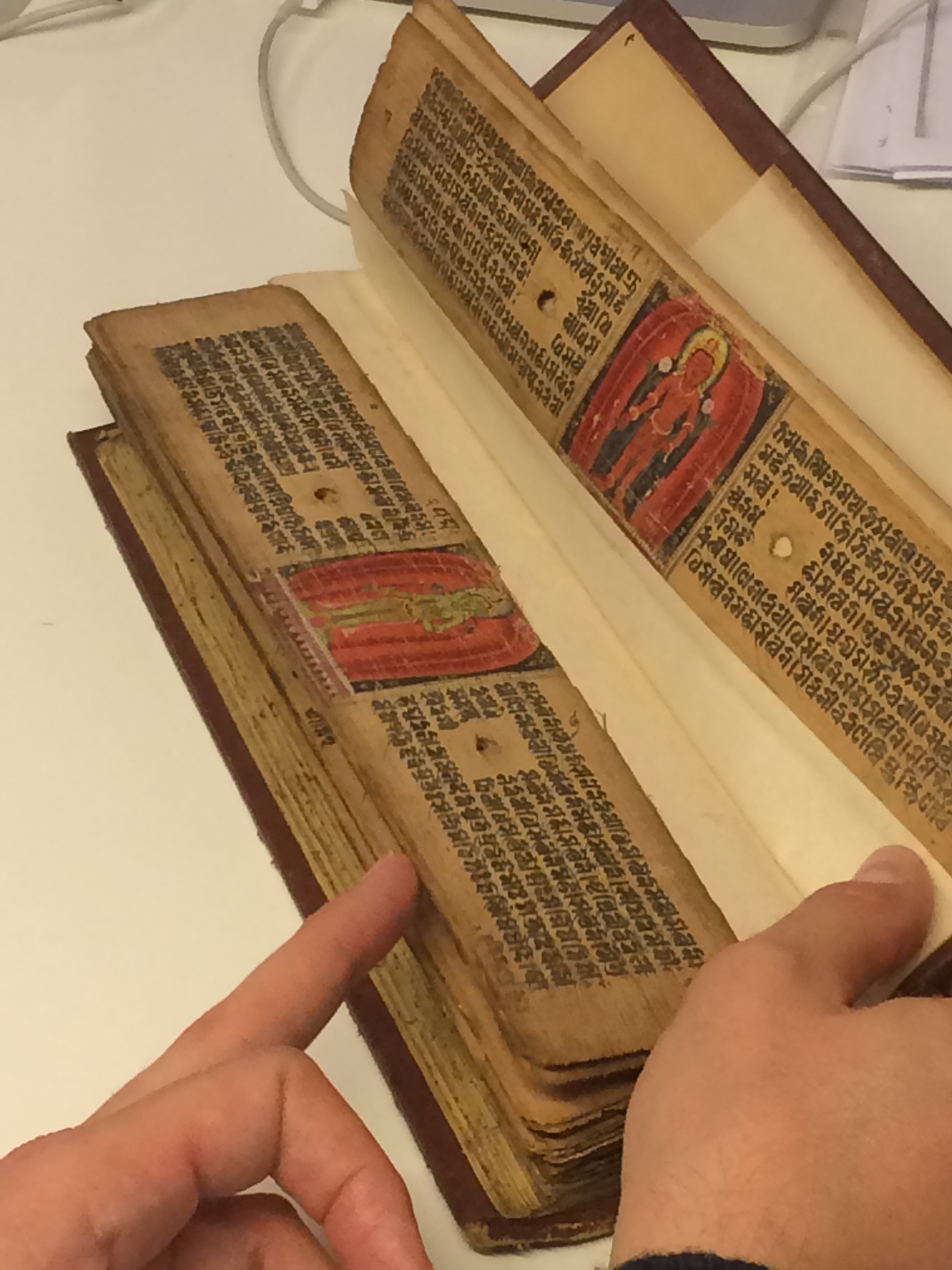 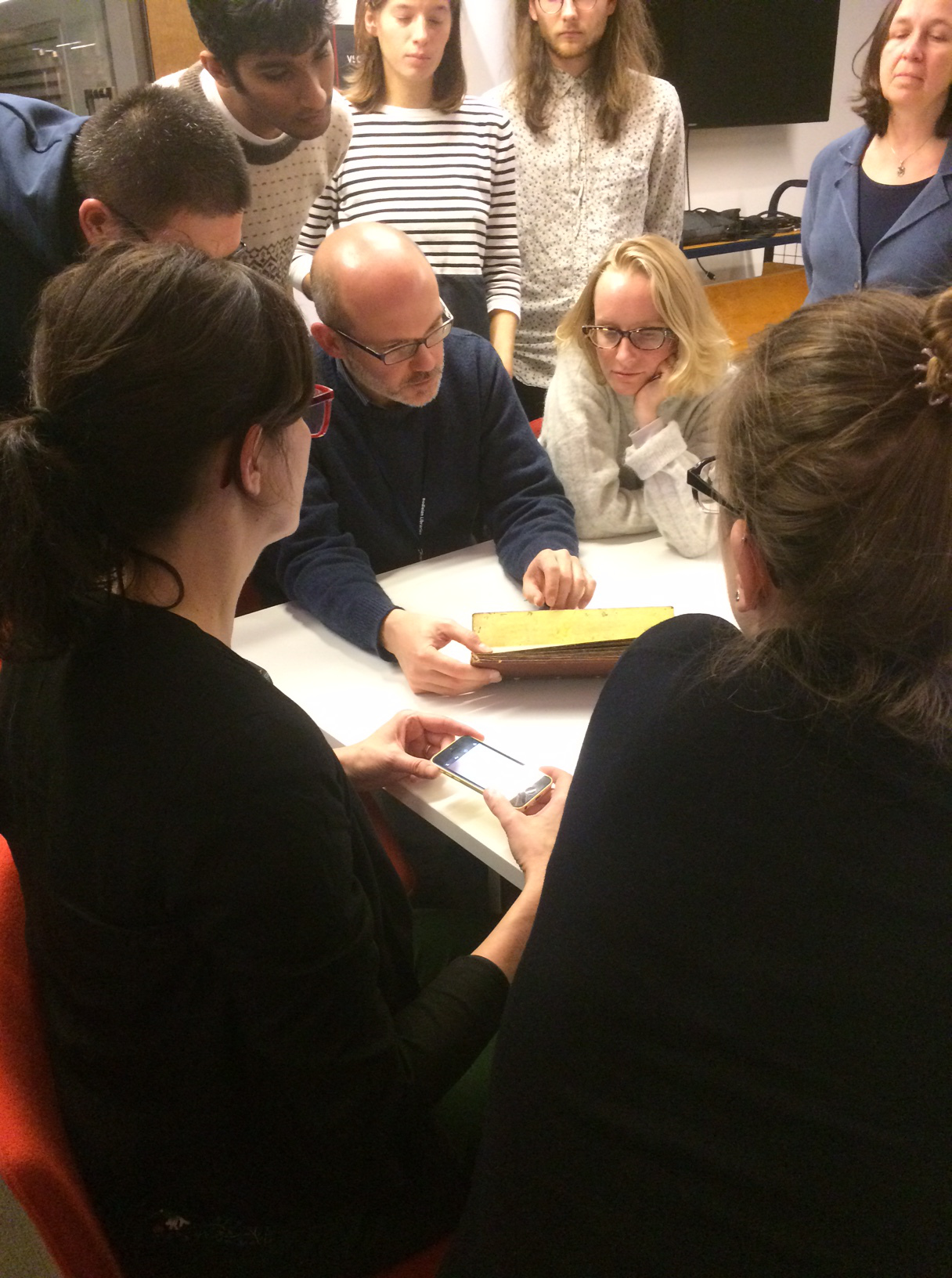 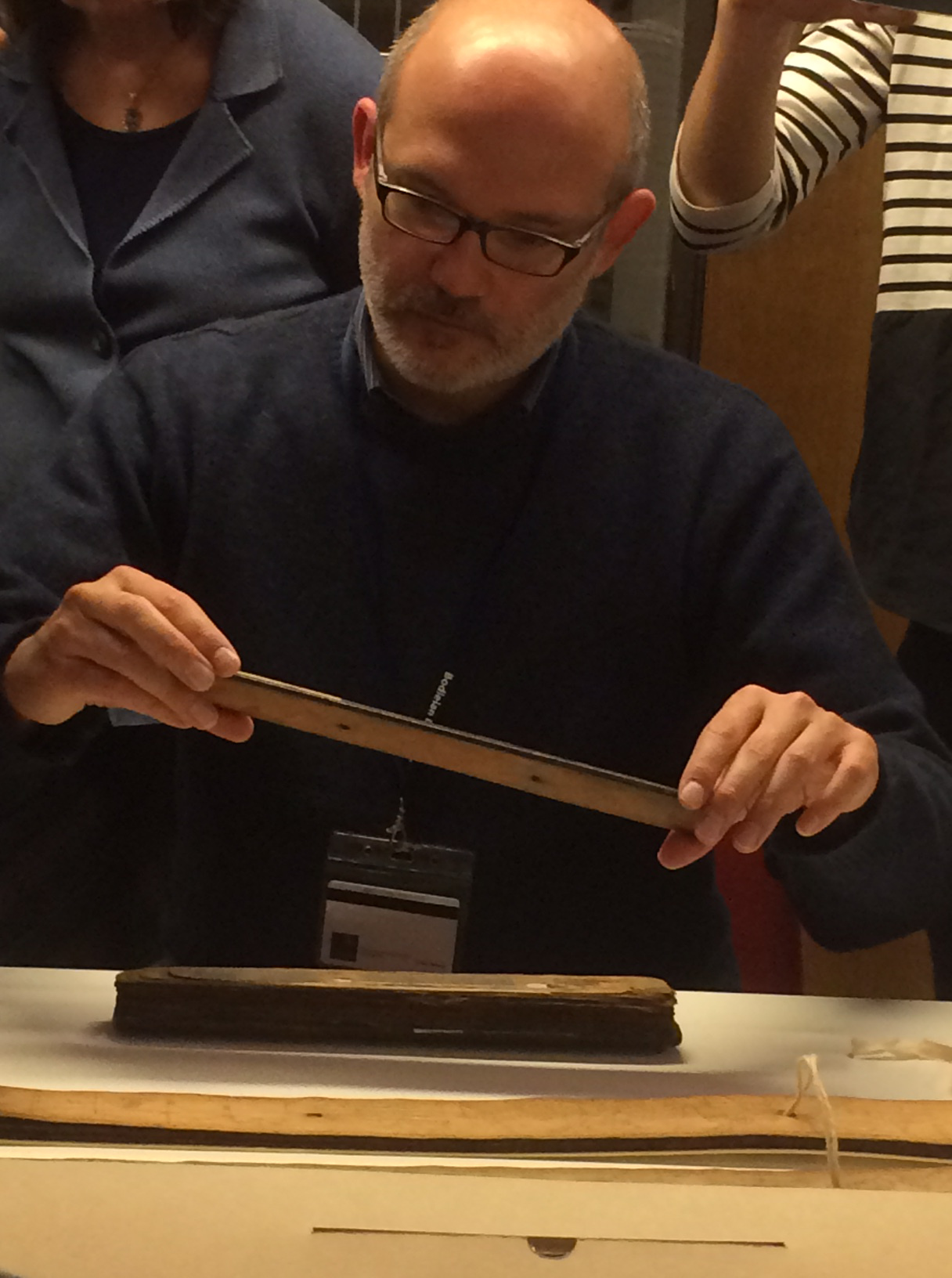 Critiquing a Critical Edition: The Anāthapiṇḍadāvadāna with Dr Camillo Formigatti

On a crisp November afternoon the Sanskrit Reading Room was hosted by the Bodleian Library in Oxford. Under the careful guidance of Dr Camillo Formigatti, the John Clay Sanskrit Librarian at the Bodleian, we read the critical edition of the Anāthapiṇḍadāvadāna, deconstructed the text with the use of additional manuscripts, and were treated to a fascinating manuscript viewing.

The genre of the Anāthapiṇḍadāvadāna from the Avadānaśataka is the jātaka and avadāna tales – the stories of the previous lives of the Buddha. The Avadānaśataka is one of the most ancient of its kind, the earliest forms dating to the early centuries of the common era. The form of these tales present three levels: a story of the present, a story of the past, and the conjunction of the two which reveals the moral.

During the reading Camillo engaged precisely what is presented in the manuscript rather than making automatic adjustments in conformity with our expectations. He drew attention to how previous studies – of Pāṇini, of kāvya – might influence the choices we make in reading manuscripts. We saw the use of virāma in the manuscript for the purpose of punctuating the text where a danda would have been too decisive. J. Speyer, in his critical edition of 1902, chose to use a danda.

A lively discussion sparked about the interpretation of an apparently simple passage, in which Anāthapiṇḍada fills a basket with… what? Dr Formigatti provided this blog with further detail on the debate: ‘The Sanskrit goes as sa hiraṇyasuvarṇasya helāṃ pūrayitvā, and several suggestions were made as to how to interpret the compound hiraṇyasuvarṇasya. The first one is that Anāthapiṇḍada filled a basket (BHS helā) with hiraṇyasuvarṇa, the second one is that the basket was made of hiraṇyasuvarṇa. But what exactly does the compound hiraṇyasuvarṇa mean? Other suggestions were made: does it mean ‘coins and gold’ or ‘gold and coins’? Or maybe ‘gold and silver’? Or does it even denote a specific type of gold? Apparently, the most plausible answer is that hiraṇya means ‘coins’ and suvarṇa simply ‘refined (but unminted) gold,’ and that Anāthapiṇḍada filled a basket with them. According to the Nachtragswörterbuch des Sanskrit (NWS), the word hiraṇyasuvarṇa (corresponding to Pāli hirañña-suvaṇṇaṃ) can mean both ‘coins and unminted gold’ (‘Goldmünzen und ungeprägtes Gold‘) as well as ‘silver and gold’ (‘Silber und Gold’). Unfortunately, the Tibetan translation of hiraṇyasuvarṇa with gser dngul shares the same ambiguity of meaning with the NWS, and is therefore of no help. (Moreover, in order not to make any mistake, the Tibetan translators decided to render the Sanskrit helā with gser gyi gzhong pa, ‘golden bowl’!) In order to reach a decisive interpretation it is necessary to consult also Oliver Hellwig’s rasavidyā dictionary, where the second meaning provided in the entry hiraṇya is ‘a gold piece or coin (generally with suvarṇa as opp. to base metal).’ However, since both hiraṇya as well as suvarṇa can mean both simply ‘gold,’ but also ‘coin,’ it is also possible that the compound hiraṇyasuvarṇa simply means ‘gold coin’, as suggested by the entry in the rasavidyā dictionary. Bottom line, without a careful perusal of all passages in which this compound occurs, we cannot be sure of its precise meaning.’

Familiarity with Classical Sanskrit was not enough to unravel the clues in the manuscripts. As well as unpicking the (perhaps less familiar) forms of Buddhist Hybrid Sanskrit, Camillo’s expertise in Tibetan enabled him to elucidate the texts. The 9th-century Tibetan translation adds significant detail to Speyer’s critical edition. As well as including stock phrases used also in other avadānas, the Tibetan includes a key segment upon which the plot hinges (and not included in CUL MS Add.1611 used by Speyer as the basis for his edition): that in the previous life-time recounted by the Buddha he reneges on an agreement to provide security for a debt incurred by his friend whom he vouched for during a gambling match. This is the evidence for the samavadhāna – the comparison the Buddha makes between the past and the present – and the reason he cannot cross the line, the lekhā.

To conclude the session Dr Formigatti showed us an array of manuscripts to indicate different writing technologies across Asia. The manuscripts appear delectable to any bookworm and I was astonished to learn that the yellow of some was due to treatment with arsenic, intended to dissuade insects from wreaking destruction. Even more delightful was the revelation (at least to me) that sometimes turmeric was used by scribes to trick patrons into believing arsenic had been applied.

In his first session for the Sanskrit Reading Room in May 2017 Dr Formigatti steered participants through the meticulous study of marginalia in Sanskrit manuscripts. For a detailed write up of this session please see Rohini Bakshi’s blogpost at

‘A Forgotten Chapter in South Asian Book History? A Bird’s Eye View of Sanskrit Print Culture,’ in Printing as an Agent of Change in Tibet and Beyond, Leiden: Brill, 2016, p.72–134.8.

‘Travelling Books,’ in Buddha’s Word. The Life of Books in Tibet and Beyond, Museum of Archaeology and Anthropology, Cambridge 2014, p. 19–24.

An audio recording of Dr Formigatti’s session will be available soon.

Manuscript 3: Muva Jātakaya (1864), Sinhalese manuscript with a sublimely illuminated incarnation of the Buddha as a gazelle. This Sinhala versification of the Nigrodhamiga Jātaka is incised with a stylus on palm leaf, which is passed over with soot, then cleaned.

Manuscript 5: Japanese facsimile of the Horiuzi (Hōryū-ji) manuscript (beginning of the 7th century CE), produced in the 19th century for Max Müller’s edition of the Prajñāpāramitāhṛdayasūtra.

Manuscript 6: Collection of containing Shaiva Stotras and texts of Sāhib Kaul and his pupils, written by Dīlārāma (18th century) from Kashmir, in śāradā script. The second part of the manuscript contains notes as in a personal notebook. The layout of this form of annotations may be influenced by the Persian culture in which manuscripts may be heavily annotated in diagonal lines.

Manuscript 7: A Vasudhārā dhāraṇī manuscript in Jain nāgarī [1663 CE]: a Buddhist dhāraṇī transformed by Jainas to fit their purpose. It has the typical Jaina ornamented stringhole in a geometric pattern. The decoration has now faded but it would once have been bright red.