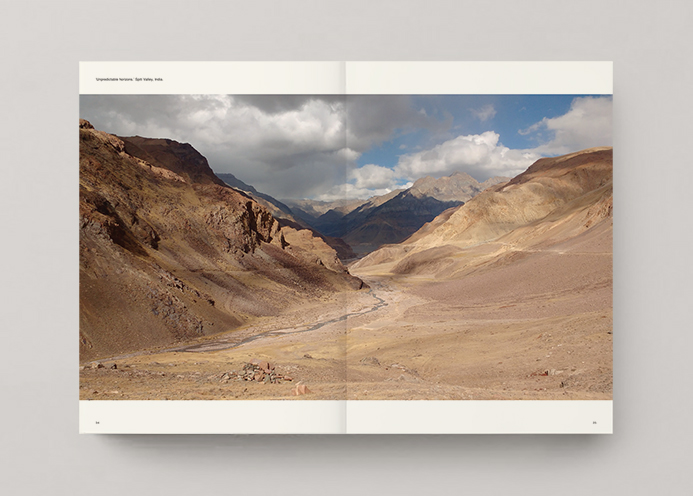 “Because of the torment of the threefold suffering, (there arises) the desire to know the means of counteracting it.” Sāmkhyakārikā 1 translated by Gerald Larson

The idea of duḥkha or suffering emerges in India between the ninth and sixth centuries before the common era. Suffering became a foundational belief for many schools of Indian thought, motivating the quest for insight into our existence and practices intended to release us from this torment. Duḥkha is interwoven with the notion of saṃsāra, repeated birth and death. Saṃsāra is propelled by karma or the consequences of our actions. Suffering may have become a central concept because people were newly thrown together in cities or perhaps ravaged by the spread of disease. ‘Suffering’ is perhaps too strong a term for duḥkha, which is the unease, sorrow and difficulty, which touch our lives. Indian thought has a purpose – to free us from this inherent suffering (ok well the materialists or cārvāka’s do reject the idea of spiritual insight ). However, all the others start with liberation from suffering as their motivation and offer methods – yoga and the truth-bearing insight this might bring – for release.

When I first encountered the idea that my life was inherently unsatisfactory I was a little offended: I love life. Gradually the idea that our desires and aversions can never be satisfied in a constantly changing world became less alien. We become attached to the way things appear to be and struggle to accept change. Holding the idea of duḥkha seems to lessen the heartache described by that duḥkha. Here I seek to sketch some descriptions of suffering within the main systems of Indian thought.

I will tease out tales from the Upaniṣads and the Bhagavad Gītā before visiting the philosophical schools (darśanas) of Nyāya and Vaiśeṣika, Sāṃkhya and Yoga, Vedānta, and Buddhism.

The Upaniṣads (800-200 BCE) weave suffering and the transcendence of suffering into their teachings. Nārada’s questions to the sage Sanatkumāra in the Chandogya Upaniṣad, 7.1.2-3, indicate that his vast academic achievements cannot release him from suffering: “I have studied the Ṛgveda, sir, as also the Yajurveda, the Sāmaveda, the Ātharvaṇa as the fourth, the corpus of histories and ancient tales as the fifth Veda among the Vedas, ancestral rites, mathematics, soothsaying, the art of locating treasures, the dialogues, the monologues, the science of gods, the science of ritual, the science of spirits, the science of government, the science of heavenly bodies, and the science of serpent beings. All that, sir, I have studied.” And he continued: ‘Here I am, a man who knows all the vedic formulas but is ignorant of the self. And I have heard it said by your peers that those who know the self pass beyond sorrow. Here I am, sir, a man full of sorrow. Please, sir, take me across to the other side of sorrow.’”

A later Upaniṣad, the Śvetasvatara, states, 6.20: “Only when people will be able to roll up the sky like a piece of leather will suffering come to an end, without first knowing God.” The earlier Upaniṣads suggest that after death there is some form of heaven or world of the fathers. This later develops into the ideas of mokṣa or liberation from suffering and rebirth.

The Bhagavad Gītā (400 BCE–300 CE) opens with Arjuna’s despair, his mind “distracted with grief” at the prospect of the war he must fight. The god Kṛṣṇa advises Arjuna to “know it is that disjunction from union with suffering which is called ‘yoga’” (Gītā, 6.23.) The Gītā prescribes jñāna yoga (liberating knowledge of reality), karma yoga (acting without desire for the fruits of our actions), and bhakti yoga (devoting the fruits of our actions to God or others) as methods for release from this suffering.

We turn from the speculation of the Upaniṣads and the mythical narrative of the Gītā to the formulations of the systems. The principle text of Nyāya, the school of logic, opens like Sāṃkhya with the problem of suffering. The Nyāyasūtra (400-100 BCE) states that supreme bliss is attained by knowledge of the true nature of the 16 categories of knowledge. Ignorance is the root of all suffering and rebirth, and complete knowledge of the nature of things will bring deliverance (apavarga). Salvation is the goal of the school. Nyāya, the sister school of Vaiśeṣika, specialises in metaphysics. Nyāya-Vaiśesika see a purpose in creation, which is the opportunity for us to become free from the bondage of ignorance and karma. However, the schools’ commitment to liberation may be due more to the popular preconceptions of the time than fundamental conviction. Some suggest that the heart of Nyāya-Vaiśesika is simply pure delight in logic and debate.

The Sāmkhyakārikā (200-450 CE) of the Sāmkhya school opens with the quotation used at the start of this piece — because of suffering we desire to know the means to counteract it. For Sāmkhya suffering is the starting point, the motivating factor, the condition to be transcended.

The suffering that Sāṃkhya takes as its starting point is threefold: personal (ādhyātmika), external (ādhibhautika) and cosmic or supernatural (ādhidaivika). Thus “suffering is brought about by factors relating to the bodily or mental make-up of man himself, by factors coming from man’s natural environment, and by factors coming from the forces of nature or the gods. In other words, suffering pervades man’s entire existence, even his relationship with the gods.’ The very second verse of the Sāmkhyakārikā gives us the means to eliminate suffering: intuitive discrimination of true reality.

The systematic school of Yoga set out in Patañjali’s Yogasūtra is closely related to Sāṃkhya and shares its characterisation of life as suffering. Yogasūtra 2.15 tells us, “For one who has discrimination, everything is suffering on account of the suffering produced by the consequences [of action], by pain [itself], and by the saṁskāras, as well as on account of the suffering ensuing from the turmoil of the vṛttis due to the guṇas.” This dense sūtra tells us that suffering comes from the difficulties we have coping with change and from pain experienced by the mind and senses. Like Sāṃkhya, Vyāsa gives three sources of suffering: oneself, other beings, and natural forces. The pain of the saṁskāras are impressions on our psyche of karma that we experience as pleasure and suffering. Finally, this sūtra refers to the suffering associated with being constantly subject to the citta-vrttis, the agitations of the mind.

The Yogasūtra sets us the revolutionary injunction, 2.16: “heyaṁ duḥkham anāgatam,” or “suffering that has yet to manifest is to be avoided.” Suffering may be inherent in our lives now but we can and should change that: future suffering is avoidable. The Yogasūtra teaches us how. At root “uninterrupted discriminative discernment” is the means to liberation.

The last two orthodox darśanas are Vedānta (Pūrva and Uttara Mīmāṁsā). Vedānta tackles head on the problem of ignorance, our congenital misunderstanding about ourselves and the world. Suffering characterises our lives in the world and liberation is understood as saccidānanda, or being, consciousness and bliss. Pure consciousness (reality, Brahman, the true self) is considered to be ultimate bliss in contrast to the suffering of our lives in the world.

This sketch of the main schools of Indian thought has offered anecdotal glimpses into their perspectives on suffering. Life is conceived as a round of births and deaths characterised by unsatisfactoriness. The darśanas see a way to freedom from suffering. The idea of mokṣa is ‘to “let loose” like an arrow from the string of a bow, or “get loose,” as in escape from danger or a bad situation.’ The schools offer different methodologies to ‘get loose’ including various forms of yoga and meditation intended to develop discriminating insight into the way things really are. This change of consciousness, this awakening of insight, may be experienced in different ways according to different schools. Perhaps freedom in this world, jivan mukti. Perhaps release after death from the round of rebirth. The content or experience of final release may be Vedānta’s saccidānanda or Yoga’s kaivalya, gruesomely conceived by the scholar Grinshpon as the existential annihilation of the silent, dying yogin.

Fitzgerald, J. L., 2012, ‘A Prescription for Yoga and Power in the Mahābhārata’, in White, D., eds, Yoga in Practice, Princeton University Press, Princeton