Yogacampus online training: A History of Yoga: The Latest Research 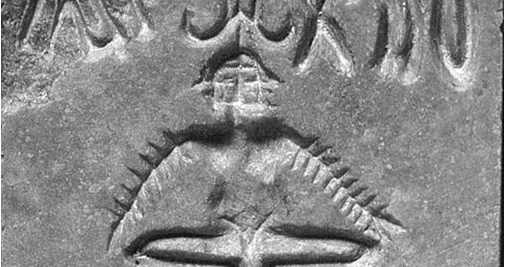 Yogacampus online course: A History of Yoga: The Latest Research

I am excited to be engaged as the facilitator on this online 7-week course – A History of Yoga: the Latest Research.

The study of yoga’s history is one of the fastest growing areas of scholarship with fascinating discoveries being made on a regular basis that often challenge traditionally accepted theories of yoga’s history and origins. In this course pioneers in the world of yoga studies will share their ground-breaking knowledge over seven weeks, through lectures, images and interactive elements. You will explore the most contemporary thinking in yoga, as well as less widely studied areas of yoga’s history in an accessible and fun way. Discover the earliest known depiction of a headstand, some esoteric tantric practices, and who is considered the ‘original’ long-haired ascetic. As well as providing a thorough overview of the history of yoga accessible to all, the course also provides an ideal framework for yoga teachers and trainee teachers looking to deepen their knowledge of contemporary studies of yoga history and/or explore specific aspects of that history in greater depth.

Over 7-weeks you will study:

The course is linear and structured in its approach, allowing students to explore their own journey of learning on a week-by-week basis, with video lectures supported by images to consider and texts to read – some of which have not previously been widely available in English translation. You can study at a level and depth suitable to you – preliminary and additional reading material is available. You will receive links to each week’s video lectures and supporting materials on Monday, and can listen to those lectures whenever and as often as you wish. To help assimilate and reflect on the information learned each week, there will be a short quiz and weekly reflection topic, as well as an active discussion forum moderated by Ruth Westoby; a leading yoga teacher and academic. Students will have 1 week to complete the requirements for each module before being able to move on to the next module as a way to ensure that the whole group begins and ends the training at the same time.

The course is delivered by top yoga academics, scholars and practitioners who between them represent the cutting edge of knowledge in the field of yoga history. They are:

Dr. Mark Singleton: Dr. Singleton is a Senior Research Fellow at SOAS, University of London, and Senior Researcher on the Haṭha Yoga Project. He is an expert on yoga in the pre-colonial and modern world (in which field he obtained a PhD from Cambridge University), and has published several books and articles on yoga. He co-edited the recent widely acclaimed book Roots of Yoga, and his earlier book Yoga Body: the Origins of Modern Posture Practice has become a classic in the study of yoga history.

Dr. James Mallinson: Senior Lecturer in Sanskrit and Classical Indian Studies at SOAS, and Principal Investigator for the Haṭha Yoga Project, Dr. Mallinson is probably the world’s leading expert on the tradition of haṭha yoga, holds a doctorate from Oxford University, and has published several books and articles, including the recent Roots of Yoga.

Dr. Somdev Vasudeva: Dr. Vasudeva received his PhD from Oxford University in 2000 for his work on tantric yoga, and is considered one of the world’s leading scholars of yoga in the tantric traditions. He is currently Associate Professor of Indian Philosophy and Transcultural Studies at Kyoto University in Japan.

Dr. Jason Birch: Dr. Birch is a Sanskrit scholar and post-doctoral researcher on the Haṭha Yoga Project. His specialisations include the tradition of rāja yoga (in which he obtained his PhD from Oxford University) and the study of the early proliferation of yoga postures.

Graham Burns: Graham Burns is a Senior Teaching Fellow at SOAS, from where he holds an MA in Religions, and where he is close to completion of his doctoral thesis on the philosophical teachings of the Upaniṣads. A yoga teacher since 2001, Graham also teaches the yoga history components of the Yogacampus Yoga Teacher Training Diploma courses.

Karen O’Brien-Kop: Karen is also a Senior Teaching Fellow at SOAS and holds an MA in Traditions of Yoga and Meditation. She is close to completing her doctoral thesis at SOAS focussing on the yoga of Patañjali, in particular in relation to Buddhist textual accounts of yoga in the first millennium CE.

For further information and to book please visit https://www.yogacampus.com/online/a-history-of-yoga-the-latest-research.